World War II ended more than 75 years ago. Unleashed by Adolf Hitler and his National Socialists, it was by far the bloodiest war in modern history. The number of its victims exceeded 60 million, with civilians accounting for more than half of that number. More than six million Jews were systematically murdered by the Nazis, hundreds of thousands fell victim to racist and political persecution.

In this exhibition we raise the question of the first beginnings of all this: What were the sources of nationalism and militarism, racial hatred and antisemitism? To what extent had these mindsets taken root in society at the beginning of the twentieth century before the outbreak of World War I? How did they shape the youth of Adolf Hitler and his contemporaries?

Adolf Hitler spent the first twenty-four years of his life in Austria – in the Innviertel, in Linz and Vienna. He grew up in an environment where German nationalism and hatred of the Czechs were rife and watched the rise of the mass parties. His idols were the radical pan-German Georg Ritter von Schönerer and the antisemitic mayor of Vienna, Karl Lueger.

A parallel narrative presents a biography of Hitler up to 1914 and focuses on political movements of the time.

The exhibition is accompanied by the biography ​„Young Hitler. A Dictator’s Formative Years 1889 – 1914” by Hannes Leidinger and Christian Rapp, Residenz Verlag, 256 pages, € 24, German only

The publication is available in the Nordico Shop. 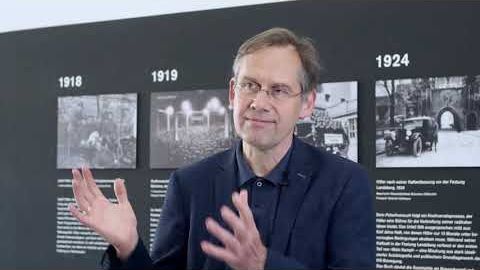 Click here for the virtual tour of ​“The Young Hitler” at the Haus der Geschichte in St. Pölten